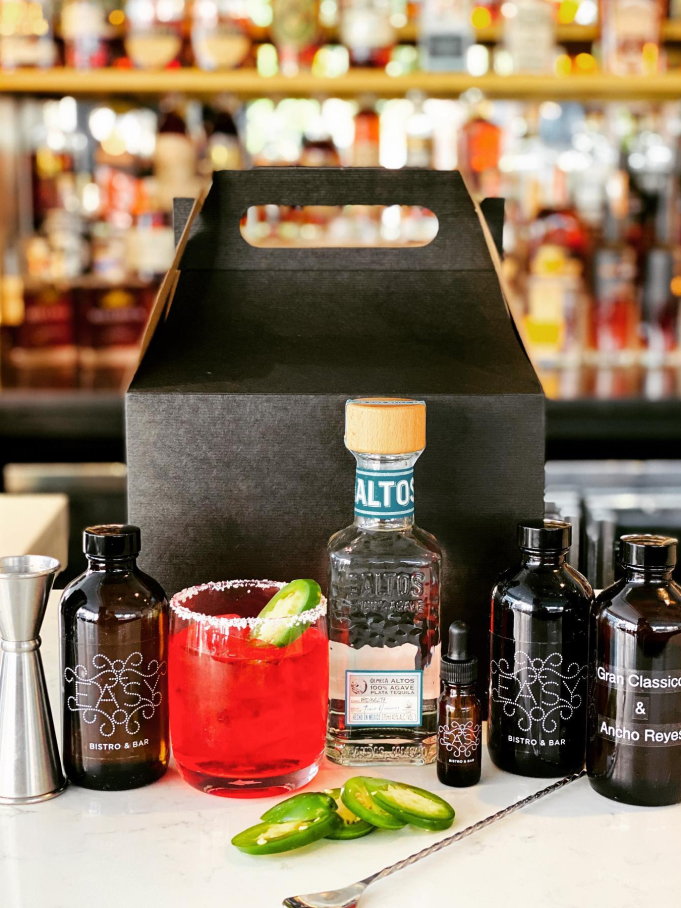 5 REASONS WHY YOU SHOULD VISIT CHATTANOOGA THIS FALL

Finally, revel in the Chattanooga food scene, which doesn’t get enough clout when compared to the culinary likes of Charleston, Atlanta, and Nashville. From Easy Bistro & Bar, currently reopening in Chattanooga’s West Village, to the plant-based menu at Southern Squeeze, to Alleia, by James Beard-nominated chef Daniel Lindley, you’ll eat very well in this city.

YOUR WEEKEND GUIDE TO CHATTANOOGA, TENNESSEE

Open since 2005, this bustling restaurant also helmed by the Neils dazzles with soaring ceilings and a chic black-and-white palette. Not surprisingly, the cuisine is just as elevated, yet thoroughly approachable, and is terrific for all types of occasions – whether it be a lively weekend brunch or a quiet solo meal at the bar. The signature dishes, like the fork-tender brisket atop creamy potatoes, are surefire crowdpleasers, as is the sticky-sweet bourbon bread pudding.

When you’re a small city two hours from Nashville and Atlanta, it can be hard to get the attention you deserve. Chattanooga flies under the radar but keeps a lot up of aces up its sleeve -- its outdoorsy, affordable, and a dammed delicious place to spend a weekend. Start with back-to-back meals at restaurants by James Beard semifinalist Erik Niel. His charcuterie is aged in-house at Main Street Meats, and he sources cheeses and beef from Tennessee farms. Then, it’s on to Easy Bistro & Bar for a Southern style brunch -- order the bacon omelet, tomato pie, and buttermilk biscuits.

HOW TO CONSTRUCT THE PERFECT RAW BAR

A great restaurant with an equally awesome raw bar is a true gem. Chef Erik Niel knows this, which is one of the reasons his Chattanooga, Tennessee spot Easy Bistro & Bar is forever on our hit list. The New Orleans native grew up fishing on the bayou, so his menu is chock-full of dishes inspired by his hometown and features seafood from all three American coasts.

Cities like Atlanta and Charleston get all the glory, but Chattanooga in East Tennessee plays host to a bevy of can’t-miss culinary gems no traveler should overlook. The unpretentious Southern city offers plenty to do and see in between bites, like the Tennessee Aquarium and Songbirds Guitar Museum, but a city’s food is why we go, right? Hop aboard the Chattanooga train and visit these six swoon-worthy spots.

Erik Niel is a product of New Orleans, a community that dances to its own beat in almost every facet of life, from its language to its appetite for fun and food.

Although he was born in Texas, he spent his formative years growing up in Mandeville, La., on the banks of Lake Pontchartrain near the Crescent City, soaking up the flavors of Cajun country. It's with this foundation that he embarked on a career as a chef, graduating with a culinary degree from Johnson & Wales University in Vail, Colo.

Between Rock City, Ruby Falls, and the famed choo-choo, Chattanooga is widely known for its attractions. Lately, the city’s culinary culture has begun drawing raves, too. “Chattanooga food is at a breakout moment,” says local chef and James Beard-semifinalist Erik Niel

ASK A LOCAL: AN INSIDER’S GUIDE TO CHATTANOOGA, TENNESSEE

This is Spilling the Beans, where plugged-in baristas give us the lowdown on where to go, what to do, and what to eat (and drink) in their hometown.